Today was our third day back at school. We went to Lamu, an island on the coast for the whole of last week. Upon arriving last Sunday, we were speechless. The architecture and general feeling of the town is something you would imagine straight out of the bible. We met up with our friend from the farm who we were staying with, Stephen. He introduced us to “The Captain” who would be our captain for the week (we later found that every captain on island refers to himself as “the captain”). We settled into Stephens incredible home and fell fast asleep after a long travel day…until around 4am when the mosque loudspeakers came on. Monday, we toured the town and learned about the different wooden door carvings on each house and what they told us about the family living inside. 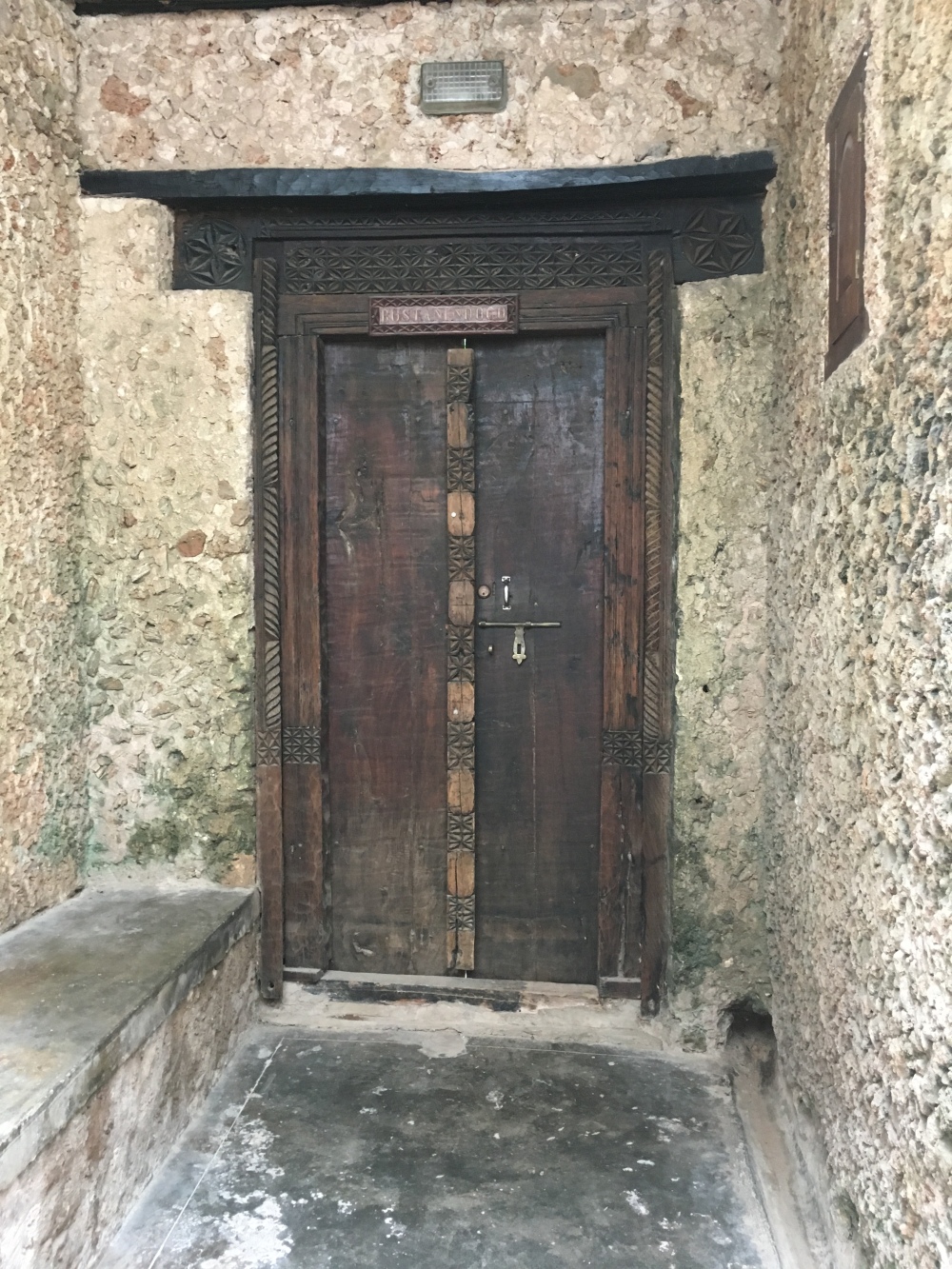 95% of the town is Muslim with the other 5% being Christian. We saw the oldest mosques in the town and were greeted with plenty of “jambo”‘s. It was very culturally eye-opening to pass so many muslims on the streets. In the afternoon, we sailed to Manda island to visit some ruins. 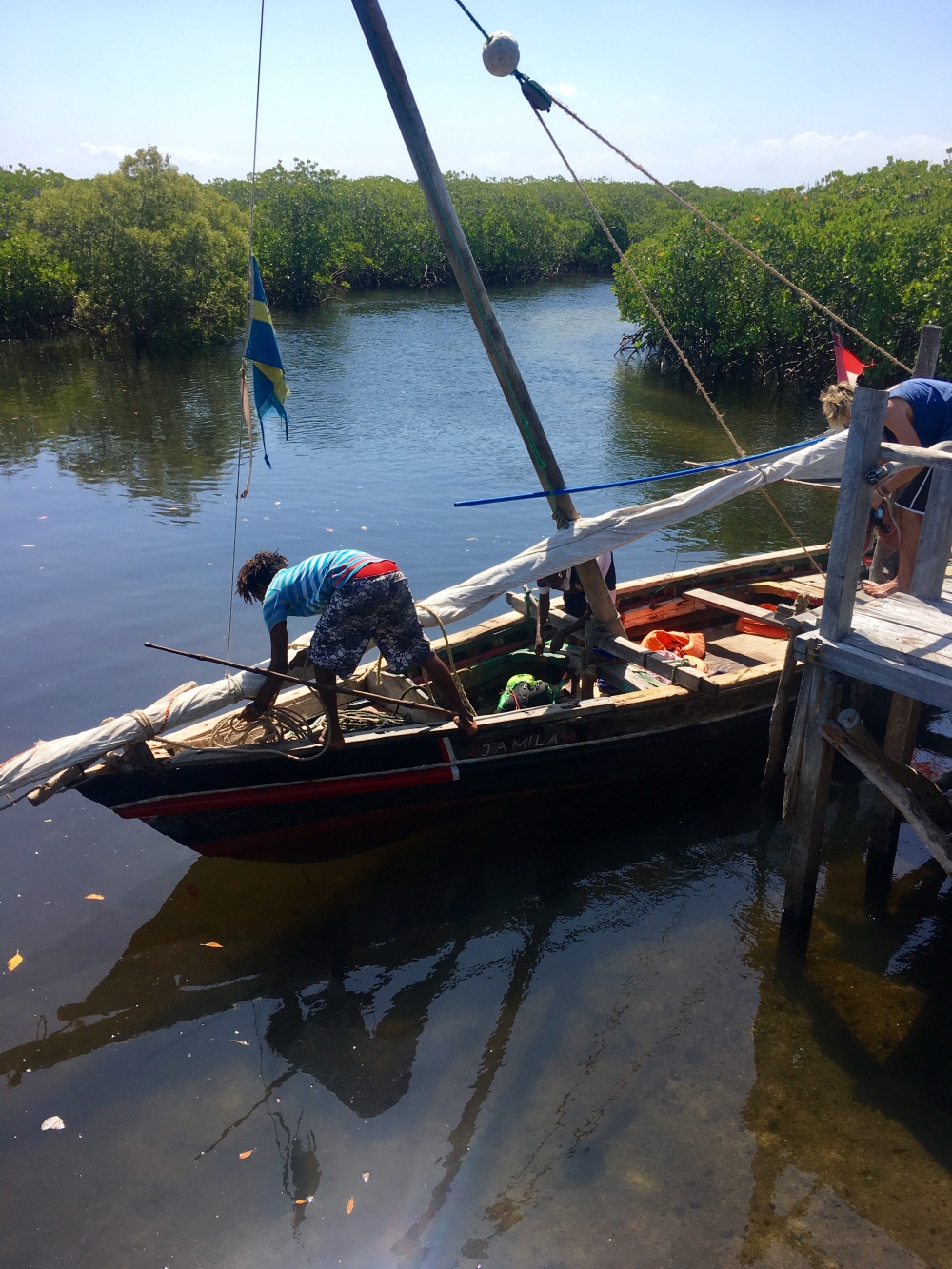 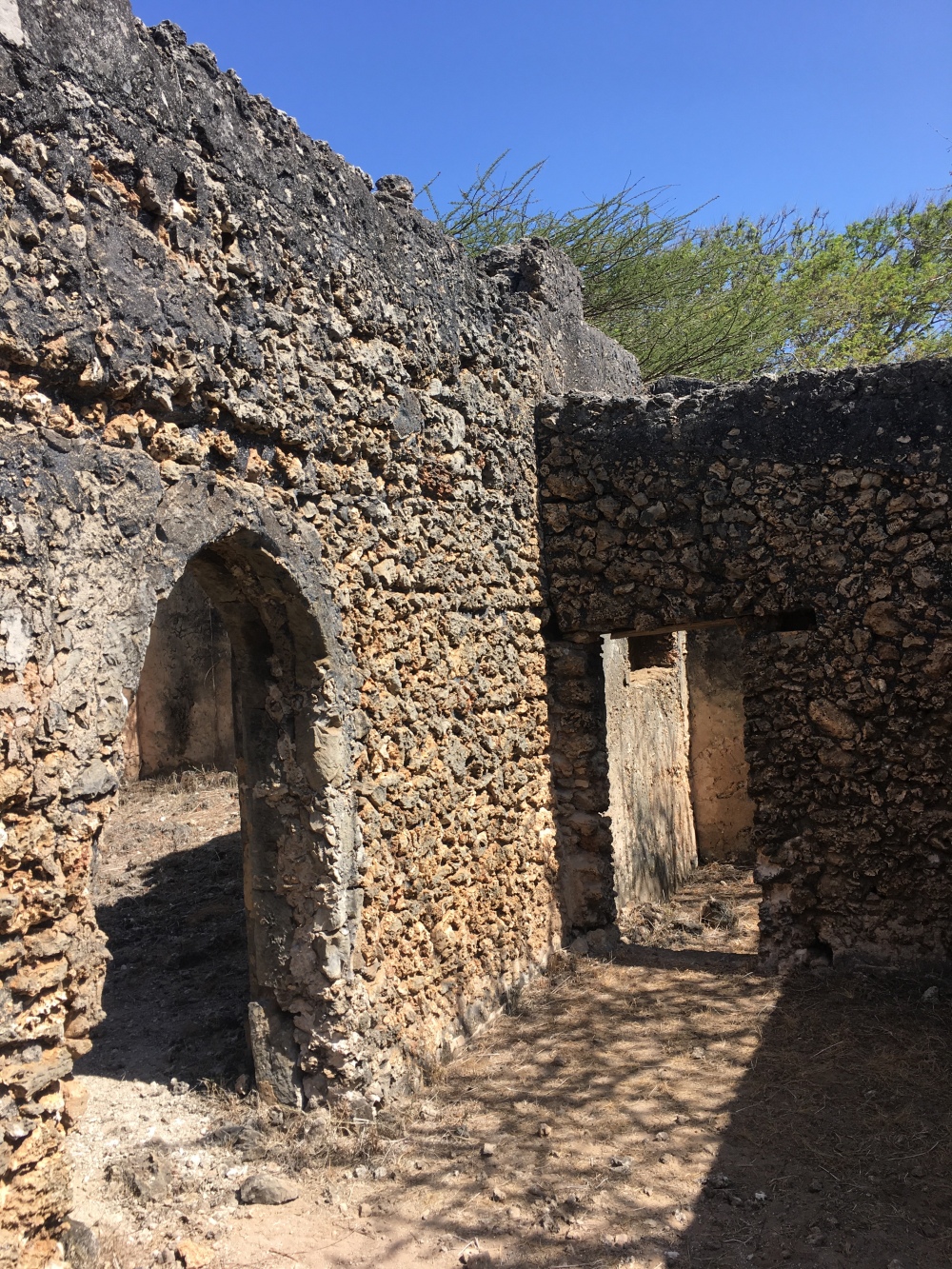 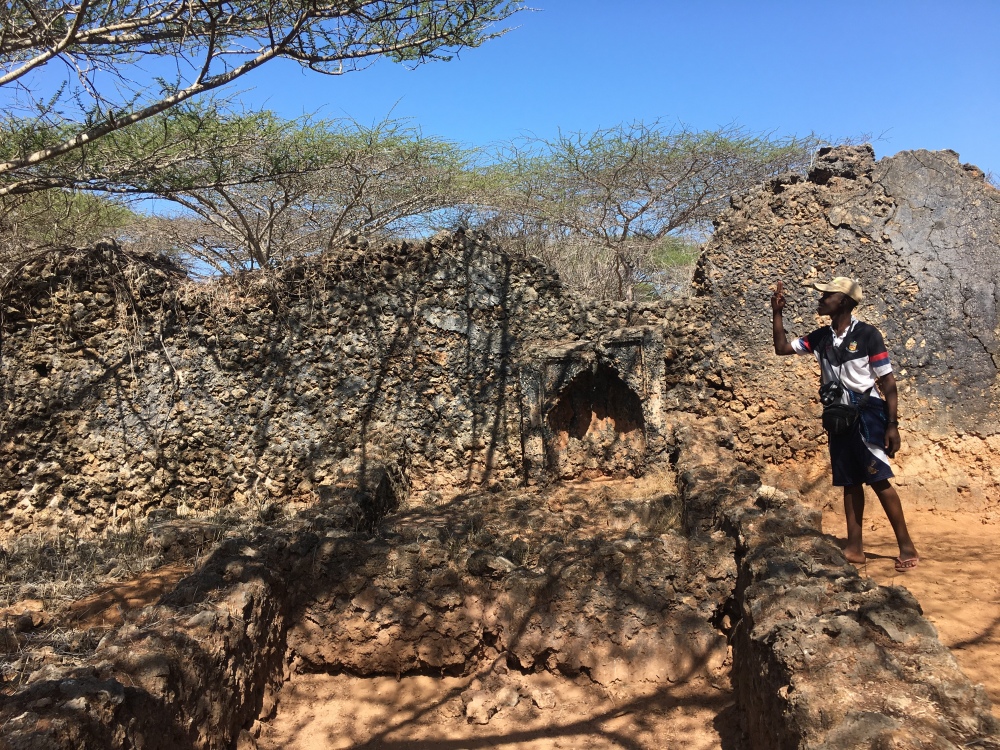 Tuesday was our beach day. We boated across the water to a beach called Diamond Cove. It belongs to the most expensive hotel in Lamu and was very picturesque. The sand was pure and white, the water unpolluted and warm, and the sun strong as ever. To add to the already ideal conditions, there were dogs on the beach who belonged to the hotel.

For the evening, we stopped at a floating bar on the way back to watch the sunset and had dinner at the house. 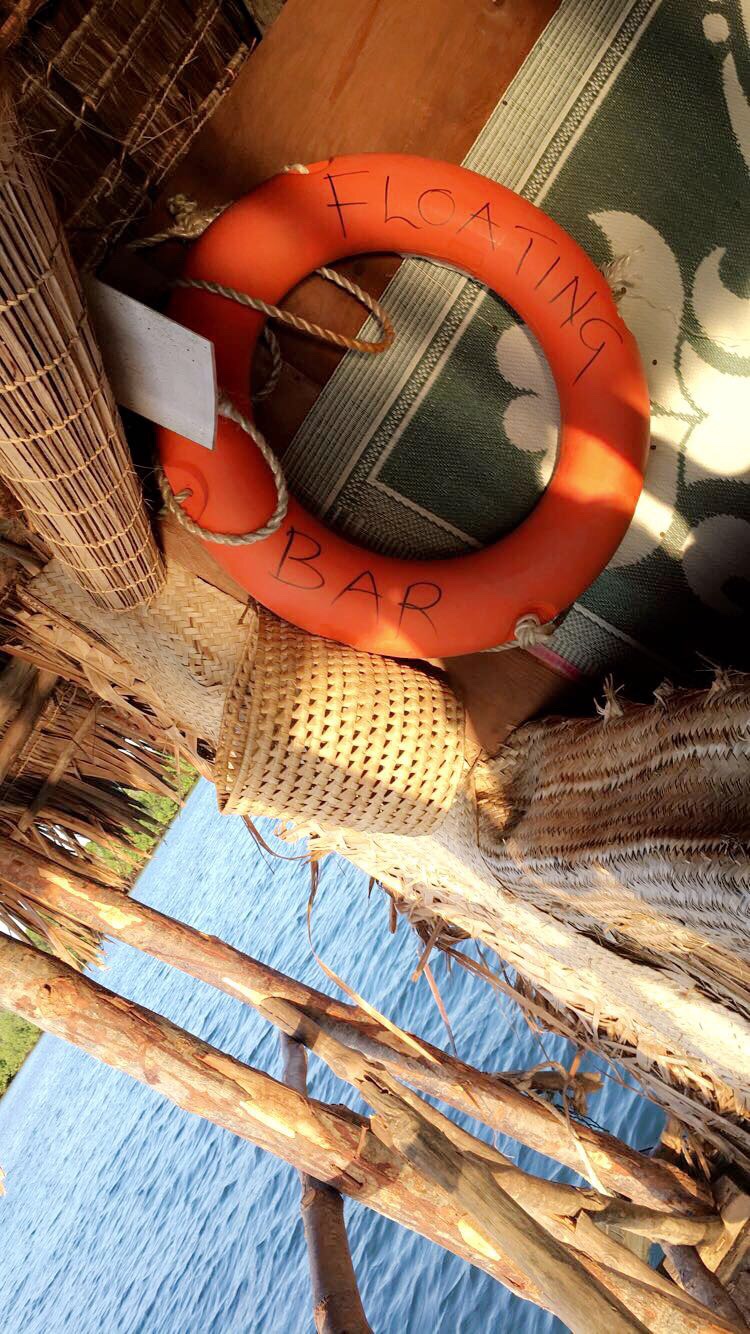 We had to wake up at 3am on Wednesday for our 4am departure to Kiwanu, a 7 hour long boat ride. It felt more like 9 or 10 because we were soaking wet from the open sea waves crashing over the boat every few seconds. Anyways, we did make it. First we stopped at a beautiful beach around 5 minutes away from Kiwanu for lunch. 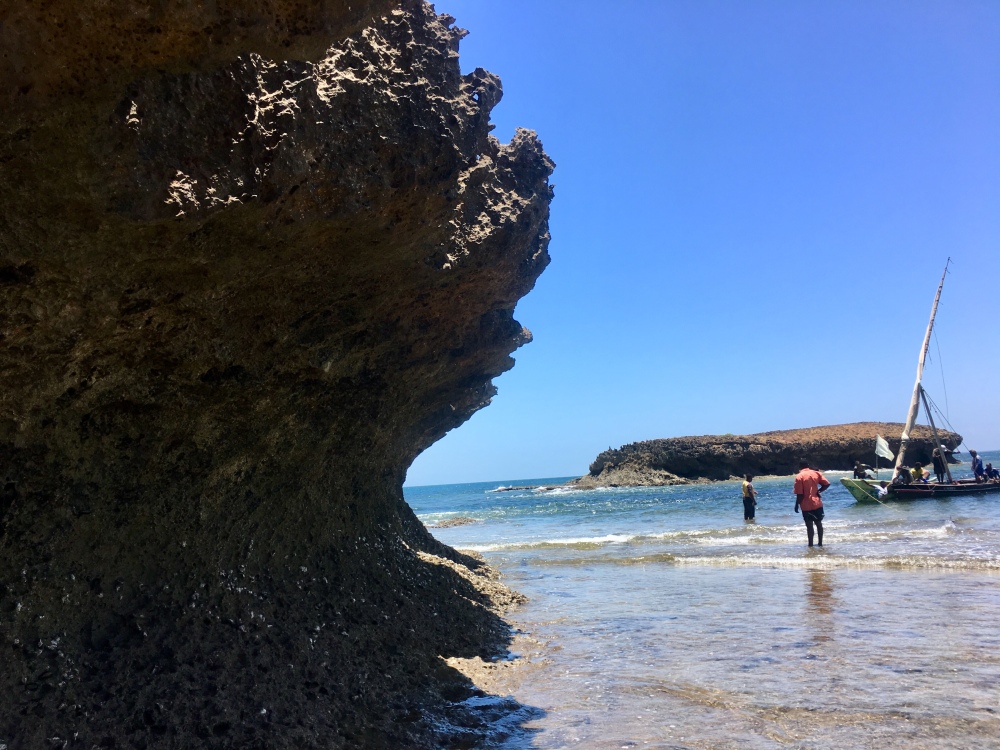 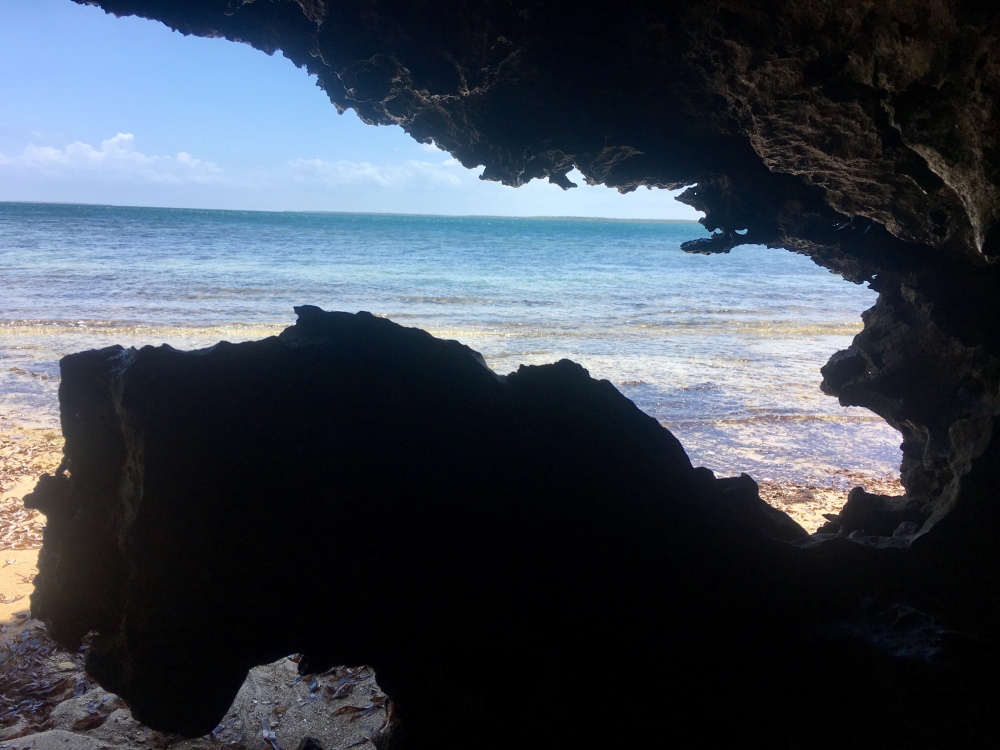 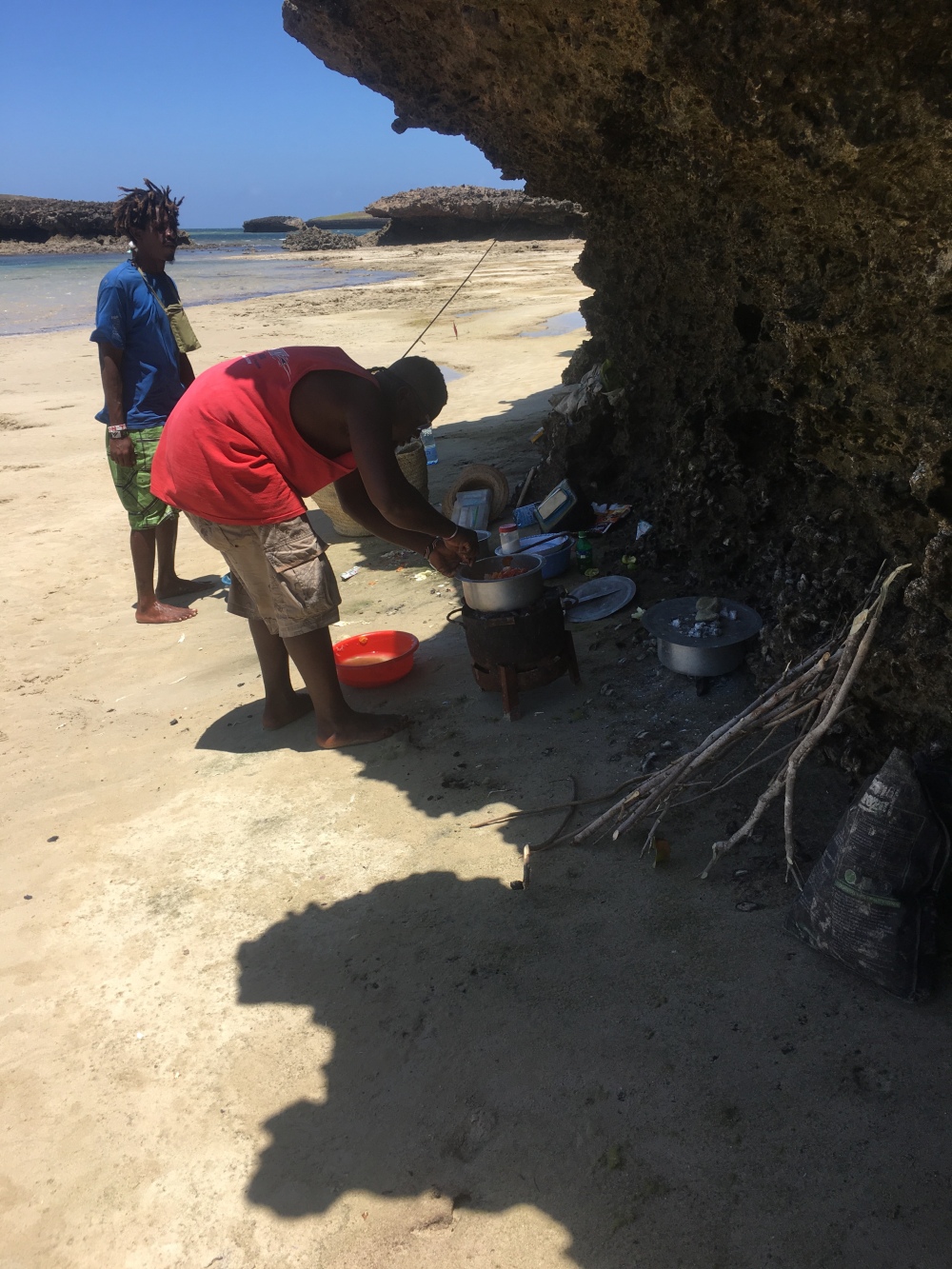 After lunch, we sailed to Kiwanu for the evening. The girls went and got henna while the boys went fishing for about two hours before the sun set. 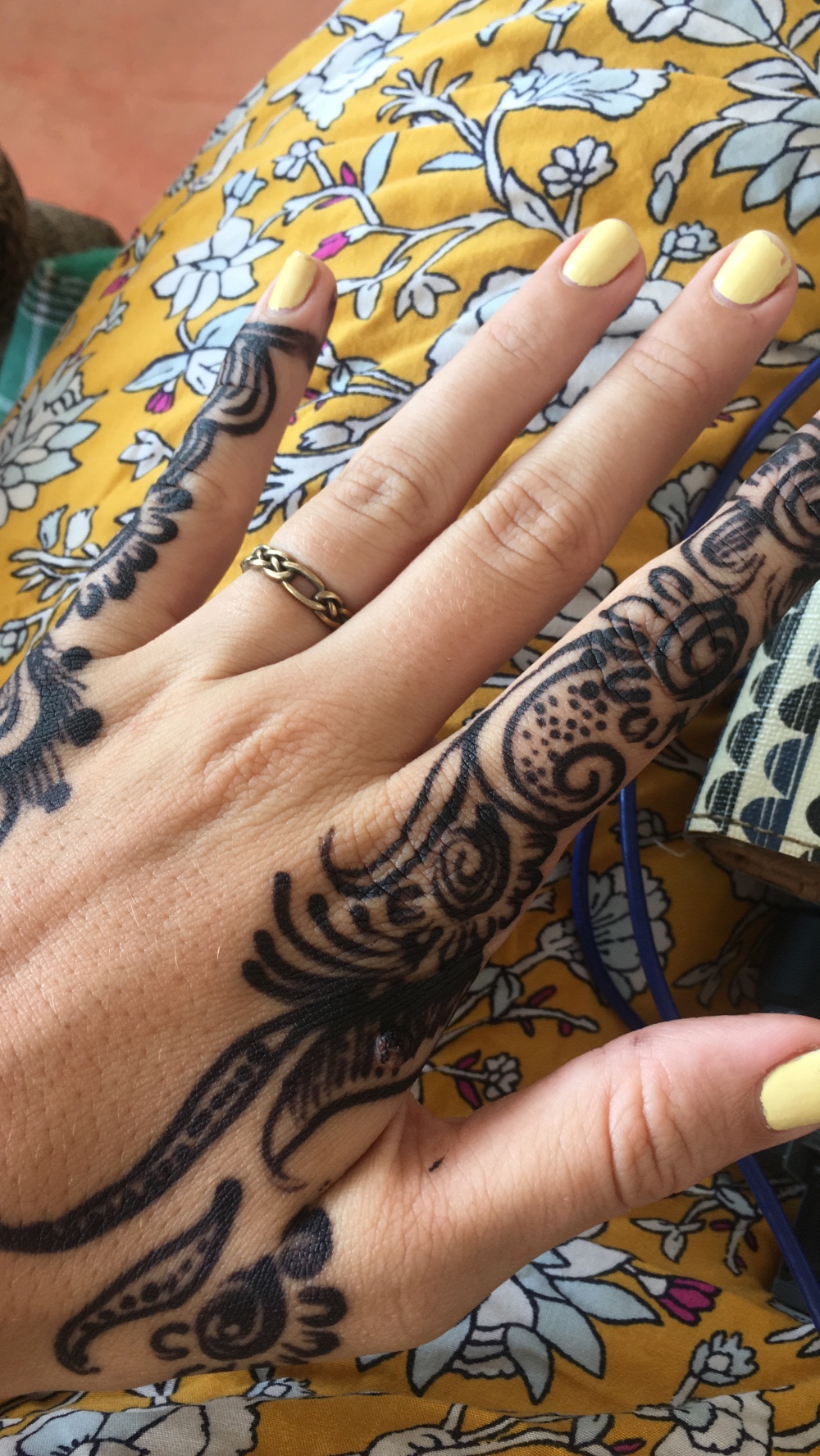 In the evening, we set off to the island police station where you’re required to announce your presence on the island in the case of any emergency. This was probably my first real experience with corruption. The officer was upset with our captain for not bringing us to him earlier and decided that both the captain and Stephen would be put in jail. After the captain started crying and roughly two hours of reasoning with the officer, he decided he would let it slide for a 1,000bob bribe ($10). The captain payed and we ended our night with a bonfire on the beach with spaghetti and octopus for dinner. Again, we left the island at 4am to get the most out of our day back on Lamu. We went to town for lunch and another trip to the floating bar in the evening. 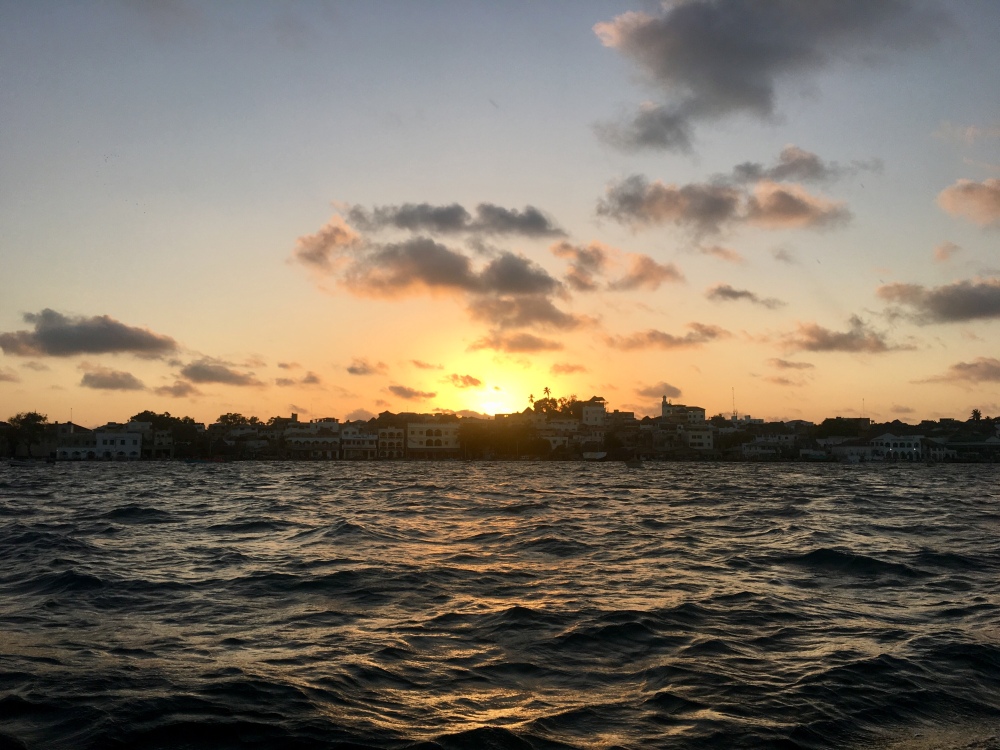 Friday was our last full day so we spent time exploring town and went to the island museum.We also each had a turn riding donkeys which was very strange and uncomfortable. Until 6 months ago when motorbikes made their way to the island, donkeys were the only mode of transport. The streets throughout town are very narrow so you often have to lay flat against a wall or alley to let the donkeys by. Just walking around town, you can hear people calling out to you asking if you need a donkey taxi. Crazy to think about.

Saturday was a travel day and we spent the night in Nairobi. On Sunday, everyone except Rory and I headed back. Instead of going straight home, Rory and I made a stop at the Giraffe Center to feed and kiss the giraffes. Easily one of my favorite experiences since we’ve been here. 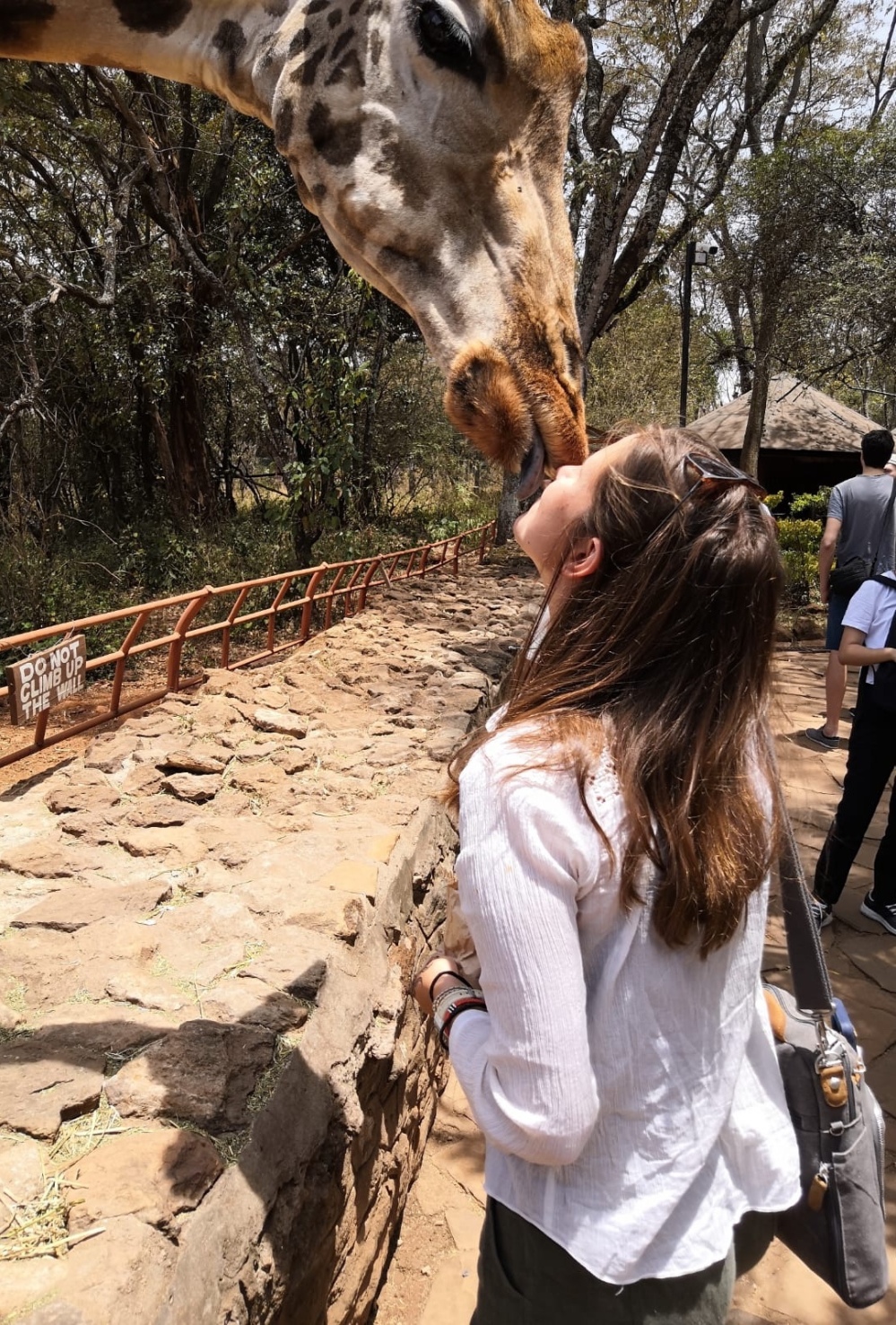 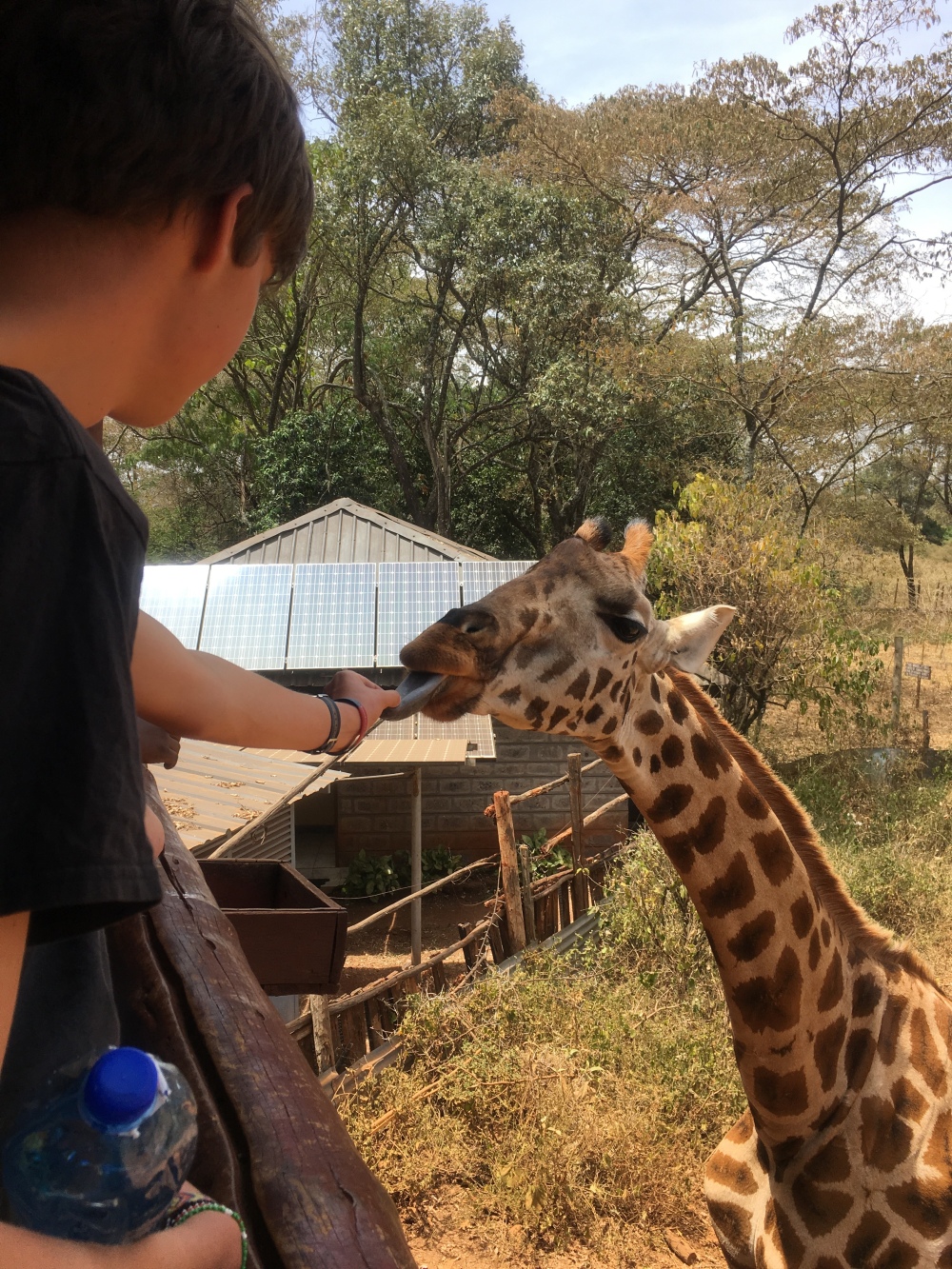 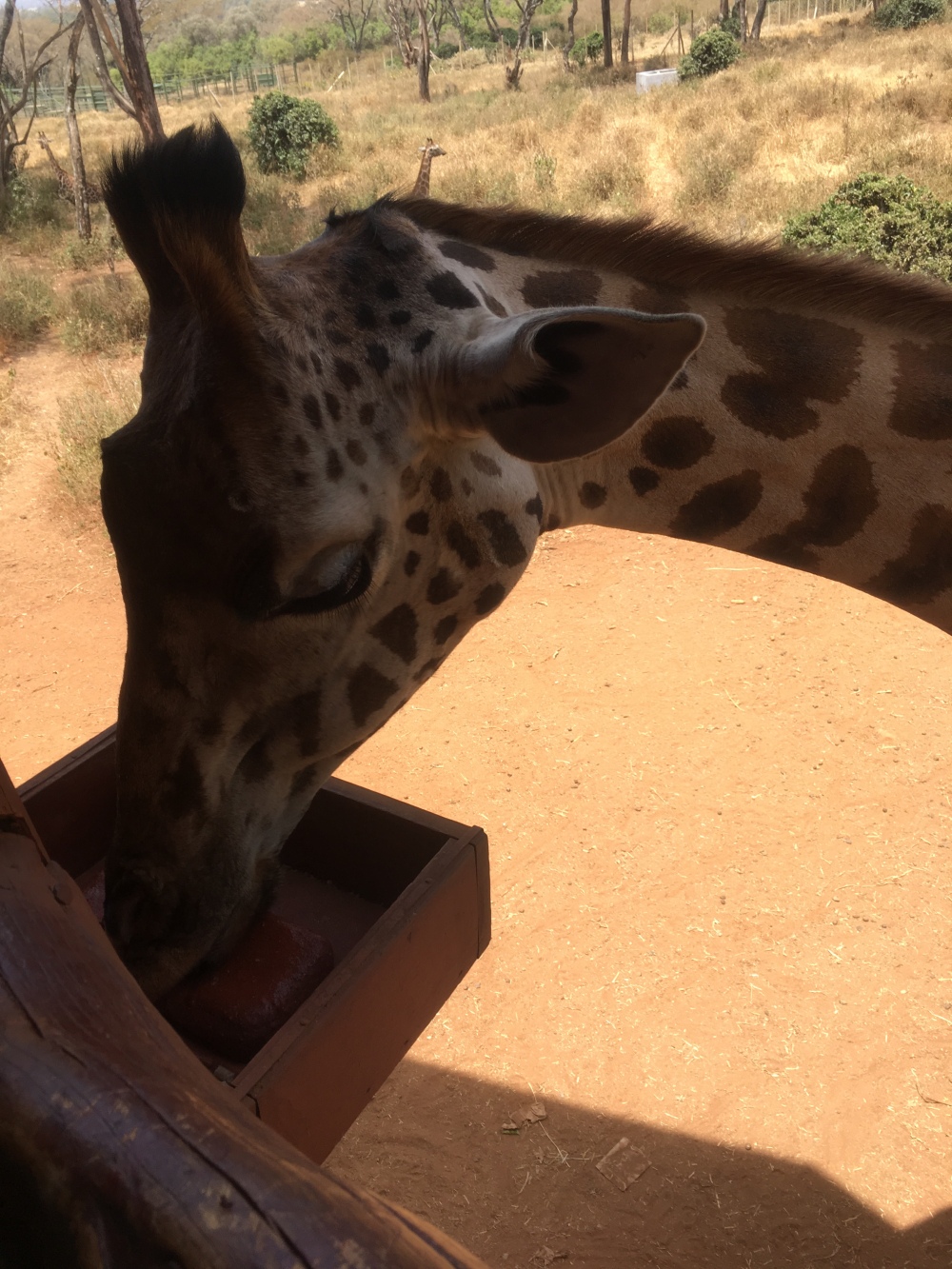 View all posts by Kate Hayward